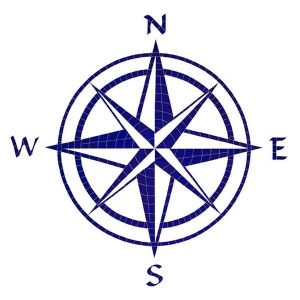 Inspecting the property on Isla Popa

We had already set foot on the property and really didn't expect to be coming back so soon. An inspection really didn't seem like it would be needed until we got a look at the property map. Things simply were not adding up when looking at the survey and Google Earth.

Quickly after seeing the original survey, we knew we needed a new survey. The old one was so hard to read and didn't have a reasonable starting point, which made marking out the property almost impossible. And to make things worse, what we were buying was really two plots of land side by side owned by two people that were in the middle of a break-up and they just wanted out from under the land while doing as little as possible.

The current owners agreed to cover half of the survey cost and we covered the other half. It was $1,800 total to have the new survey done. We were lucky that the price wasn't higher. Because the person doing the survey had to do the property to the East as well so he split some of the cost between the two properties. After all, he only had to walk the dividing line once so it made sense that the shared line should also share the expense of the survey. The new survey was much better. After laying it out on Google Earth as closely as I could, our minds were put at ease that what we were buying was what we actually stood on back in early September.

Even with things lining up on the map, it was clear that we needed to go look with our own eyes to see the markers and to make sure that the place where we wanted to build our home was actually inside of the markers. It would be a nightmare to go through all of this and get ready to build only to find out that what we actually purchased was some other location.

Because this visit was not for pleasure, and a trip like this is rather expensive, we decided that only one of us needed to go. And because I (Glenn) would be a nervous wreck the entire time if I stayed home, we decided it was best that I went on the trip.

It was decided that I would stay for a week even though I only needed to visit the property for a single day. The weather was not perfect every day and scheduling an exact day to go out was not possible in advance. So a window of 4 days was set aside and we would go out on the first nice day. It turned out that day 3 was the day.

Lonnie took me out to the island and we located the first of the markers and followed them the best we could. There had been a lot of rain the past two weeks so the ground was quite soggy and when we went as far as we could in one direction we returned back to the starting point and went the other way.

Although I had hoped to walk the entire property line, it was clear that was not gonig to happen. It would have been quite the task. And besides, what we saw was enough to make me happy that the house plot was well within the boundries of our land. Everything was right where it should be. In the following image, you can see the red square is where our house will go. The blue line is what we consider our "home lot" where we will spend most of our time. The yellow is the property line and it goes wall off the image. 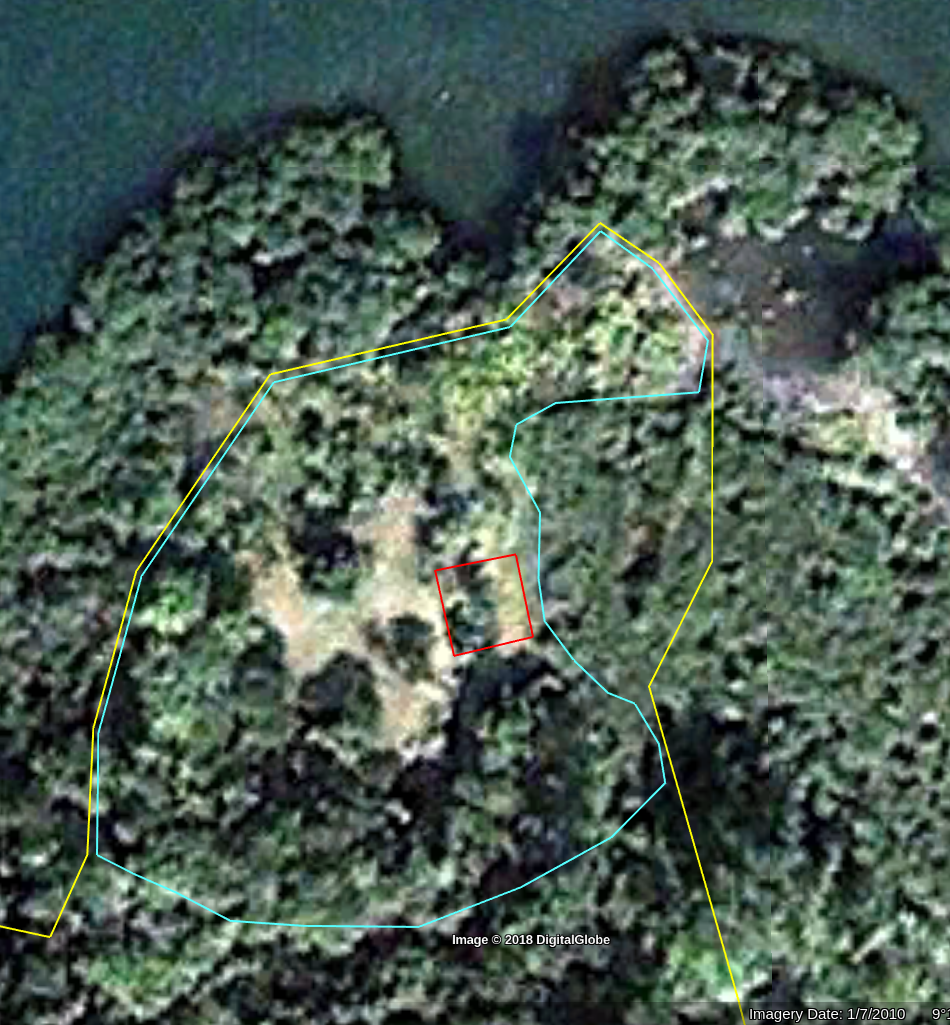 You see, the entire property is 29 acres. Most of it is jungle. We really only care about the first 6 acres or so. That gives us our dock, 200 feet of water front including about 50 feet of sandy beach within our property boundry. The beaches in Panama are all public access. That means that at high tide, 20 meters from the water line is public access and anyone can use it. So our sandy beach is in the property boundry but it is open to anyone that wants to use it.

The nice thing about this public access rule is that we have full use of the much larger sandy beach attached to the much more expensive plot of land right next to us. Both plots are the same basic size, but the one with more sandy beach is listed at a price more than twice what ours was listed at. Bonus for us without the extra expense. 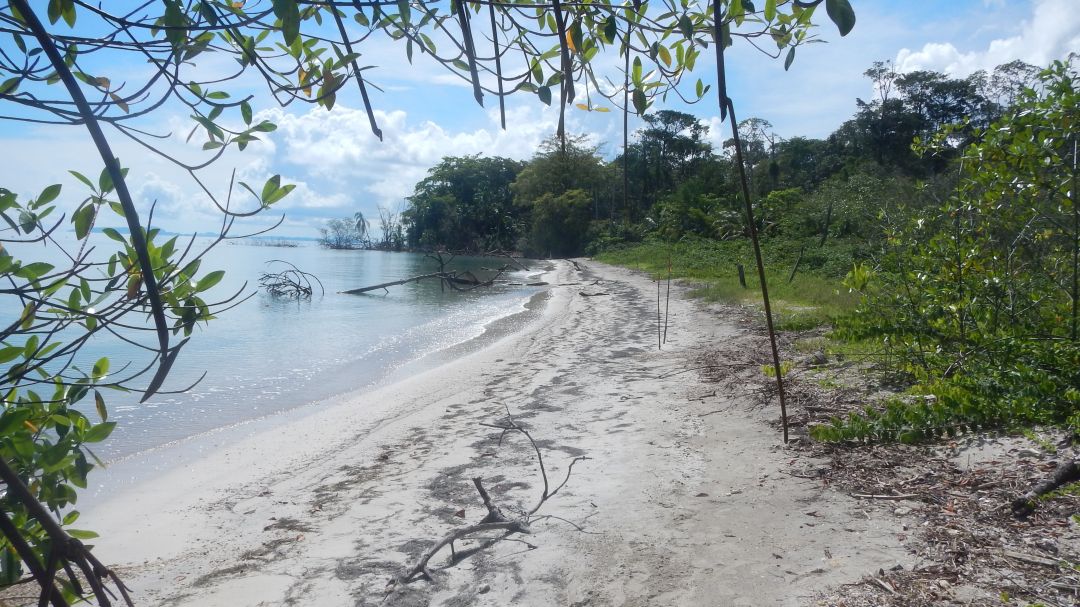 On one of the days when I was not on the property, I spent time meeting the lawyer that was giong to handle our property purchase. His name is Daniel Anaya and he runs Anaya & Associates. They treated us very well and explained every step of the process. It was a little confusing at several points along the way, but Daniel made sure we understood everything before we committed to anything.

I also took time to meet a bookkeeper (which we ended up not needing), several water taxi company owners, visiting the mainland town of Almirante where I looked at building marterials, boating equipment and other things we will need once we actually make the move.

Finally, before heading home, I had the opportunity to meet with Tyson Mirrill who runs the grounds keeping company Island Property Management. After talking to him and seeing what they do. It was clear that having his company take care of our property was a much better investment than trying to hire someone ourselves and having the bookkeeper pay them. Having a company do the work means less stress and if the person who normally does our land is sick or on vacation, someone else will take over without us doing a thing.

You see, to own property in Panama you must live on it or at a minimum have it maintained on a regular basis to prove to the government that you aren't just sitting on it as an investment.

The property we now own is "Right of Posession" which scares some people. But understanding how property in Panama works, we knew that this was the way to go for us. "Titled Property" is similar to what we experience here in the USA. But if you just let the property sit without being maintained, title or not, the government will take it back without compensation. So other than to make a buyer feel better, titling a property has very little advantage and is quite a long and expensive process.

Now that the inspection and a lot of basic research is done, it is time to go home and finalize the purchase of this plot of land.